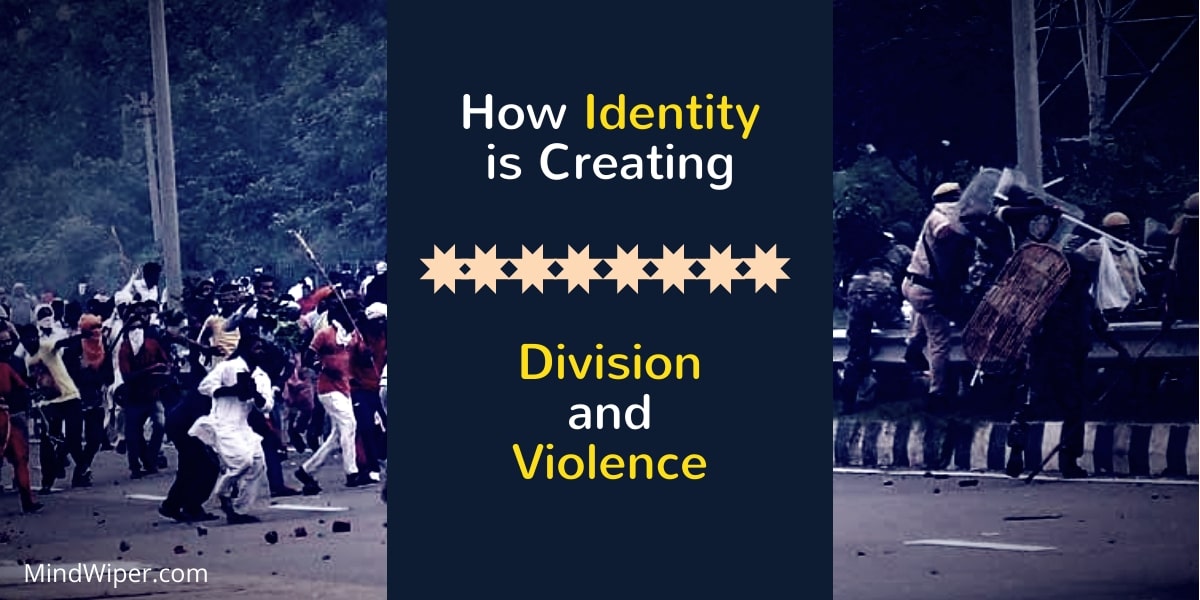 Most of the human beings of this planet identify themselves with political nations, religions, languages races, or something else. We all identify with something or someone.

All the living creatures of this planet are part of the cosmos, without independence of the entire cosmic creations; there would be no human existence.  However, society has segregated the cosmic identity into different political nations, religions, languages, races or might be in the process of making a new identity.

It is easy to go down from a hill, but isn’t it harder to climb a hill?

When you identify with the entire planet earth, you can assume any identity depending upon the situation- as political nations, or religions; these are part of this planet, and it would be easy for you accept others’ opinions to make a global judgment.

Your Intelligence works in parallel with identity. In the debates of left, right or center on your television screen; you might have observed, everyone is justifying his or her opinion according to their identities.

A global thinker is one who can see beyond and who is capable of considering others’ opinions while making a decision or creating a plan.

The ideas of narrow identities are embedded so strongly in the mind of human beings, when it is hurt, people react.

1. Repetition Makes the Identity in Childhood

The young mind doesn’t necessarily create division or violence at that age; but as he or she grows, when the mind is not trained to rationalize how to choose an identity, the mind chooses the identity he or she has already developed unknowingly.

2. Making You Reactive Through Education System

The education system, meant to unfold other dimensions of intelligence, busy producing human beings who are trained to be Data In – Data Out; whose consciousness is reflexive, instead of responsive. These kinds of reactive human beings are developed when the education system doesn’t let a human being to reach the formal operational stage of cognitive development, where core intelligence skills- abstract thinking, metacognition, hypothetical thinking are developed.

3. Making the Identity Strong in Adulthood

When the young mind reaches adulthood, society starts the utilization of his or her animalistic reactive consciousness. They hurt the identity to make you react; they show you repeated adverts to incline towards a political ideology; they try to embed religious supremacy in the minds.

By utilizing the reactive nature of the people, who didn’t reach the formal operational stage, but grown physically; the division or violence came into force. Then of ideas of political nations is laid on a national flag or a cricket match; the idea of religion is laid on supremacy, instead of humanity, and we see the great drama of division and violence.

The division in the name of identity can be stopped, when the society is re-engineered with a single identity, the identity with cosmos and education system train the young mind to reach the formal operational stage.

But, what would happen if some people fail to reach the formal operational stage as it happens now?

The idea of cosmic identity would become a lesson of morality, instead of reality, for those underdeveloped minds.

What do you think? Do let me know in the comment.