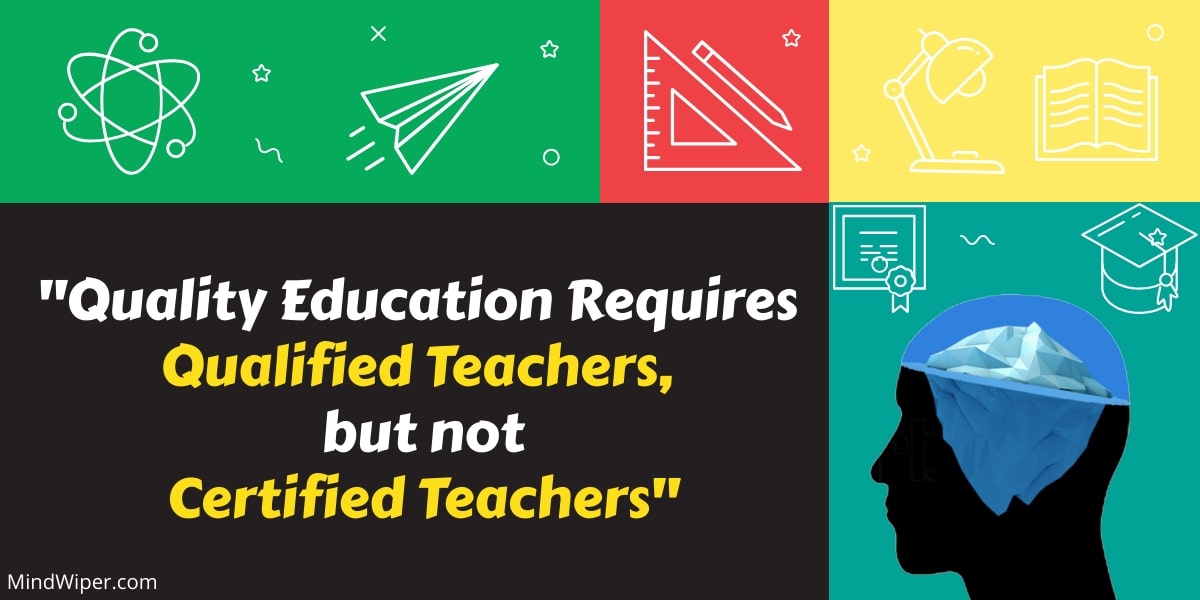 Education is meant to unfold other dimensions of intelligence, to make you decisive, conscious, and intelligent.

But when the goal of education becomes numbers or certificates, instead of moving from reflective consciousness to analytical consciousness, to upgrade from animalistic reactive behavior to responsive behavior, the civilization creates an uncertain loop for itself.

The political identities of the 21st century called as nations, most of them are democratic in nature, and when education does not let young minds to upgrade from animalistic reflective consciousness to responsive consciousness, this quote of Mahatma Gandhi might not be far away from becoming a reality.

“Democracy is not a state in which people act like sheep.”– Mahatma Gandhi

In this article, you will not find anything related to politics from the next line, instead, you will find how the education system is destroying intelligence of young minds and what could be the probable solution in brief through the approaches of cognitive psychology.

ALSO READ: How to Transform the Indian Education System

So, without further delay, let’s begin.

Did you know, what is the most essential skill a teacher requires?

A teacher should know how to get the attention of students, this is what student friendliness is.

I think you might have met at least one teacher in your life, who was able to get the attention of you and all of your classmates.

Optimum learning is when the brain is in the alpha state, where the mind is relaxed, attention becomes devotion, and your consciousness jumps from reflexive mode to analytical mode.

How we can assume that a person only with reflecting consciousness can respond to the students, as his or her mind is trained to be reactive.

When we stop recruiting teachers by testing his or her memory skill and start hiring by testing analytical skill, the aspiring teacher will reskill themselves to contribute the society and at the end, we will improve the reach of quality education.

MUST READ: How to Transform the Indian Education System and Participate in the Poll

2. Training Young Minds to React, But Not to Respond

What would happen if we train the young minds to practice “Data In – Data Out”? That reminds one of the quotes of Swami Vivekananda,

“Education is not the amount of information that is put into your brain and runs riot there undigested, all your life.”– Swami Vivekananda

When we don’t train the mind to digest data, to understand through analysis; data can’t be information until it is processed.

When the young mind is not trained to reach the formal operational stage of cognitive development, the probability of remaining in the reflecting consciousness is very high. As a consequence, when an illusion, identity or fake information is thrown into their surroundings repeatedly, they started to believe in it, as their mind is trained to be Data In – Data Out.

Finally, new generations are being parented by the reactive minds, there is a lack of responsive teachers to train the new generations, parents were not trained to be responsive, the loop remains same, and one out of thousands comes out of the cycle, sometimes.

ALSO READ: How to Stop Reacting and Start Responding

3. Telling You What to Learn, But Not How to Learn

Attention is the primary skill to learn anything; when we pay enormous attention, energy flows in the direction and we learn wherever the energy flows; where the mind keeps itself at the alpha state for optimum learning.

The young minds have been asked to learn this, learn that, and pay attention to learning; but not how to pay attention or how to learn.

Like other cognitive skills, attention is a skill; skills are developed through repeated practice, similar to training the mind to drive a car.

When the young minds are trained how to practice bringing the attention back when it wanders away and training the mind to recognize the wandering attention through practice, one can divert energy on his or her own way.

This idea of education not only combines cognitive psychology but the principles of ancient Indian philosophy as well. That’s why you have encountered certain quotes from Indian monk like Swami Vivekananda.

In a three-tier intelligence level of a society, the top, the mid, and the bottom; we need to train the top level first so that we can move further towards the mid-level and then the bottom level. Keeping this view in mind, I have designed the Be Your Own Life Coach series in the first phase of our MVP. Do check it out.

Do you have any interesting idea to share about the education? Please do let me know in the comment.

READ NEXT: How to Transform the Indian Education System [Your Participation Needed in the Survey]