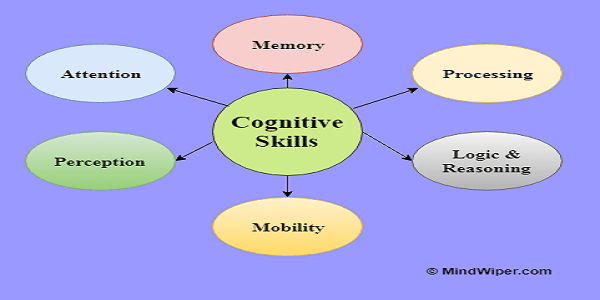 The strength of these Cognitive Capabilities can vary depending upon the practice of these skills, methods of learning, ways of remembering, and tactics to interpret the surrounding.

Cognitive skills start to develop from early childhood and childhood is the best stage to strengthen these skills.

Attention and mindfulness are the primary factors to strengthen our cognitive skills. As a kid, you have the attention and motivation to finish tasks, give a beautiful color matching egg set to a child; he/she will work all day long to finish the task. But an adult can’t focus all day long, do you know why?

As mentioned already, the excellence of cognitive skills is based on attention and mindfulness, but as we grow older, hormonal changes stimulate anxiety, stress, depression, desires etc.

When we try to pay attention, thoughts of another event distract our mind and it becomes harder to improve cognitive skills.

However, we can improve cognitive skills at any stages of life by controlling our thoughts and regulating our senses; although memory loss in the old age plays a vital role in the degradation of cognitive skills.

What are the Cognitive Skills

Here is the list of Cognitive Skills or Cognitive capabilities of Humans.

Attention is the ability to concentrate or focus on a particular object, thought, action, and environment for a long time.

Sustained, selective, and divided are the three types of attention.

Sustained attention is when you can concentrate on a particular project for a long time and distraction of thoughts or external environment can’t easily rule over your mind.

Selective attention is when you focus on a selected project, but you have the tendency to lose focus due to distraction. Our attention is divided when we remember information while writing it down or talking to someone. Divided attention is about multitasking and it can cause frequent mistakes.

It is the ability to recognize surroundings, thoughts, or bodily stimulation through our sensory organs and brain. Our tongue tells what chemical composition the food contains to the brain. And based upon the perception we say it is sweet or sour, and we actually taste through the brain.

Memory can be divided into two sections, short-term memory or working memory and long-term memory.

When long-term memory skill is weak, we may find difficulties in accessing stored information. Humans can easily remember extreme emotion, divergent data, and relational data for a longer period of time.

You can’t always have extreme emotion or divergent data to remember; the best way is to remember data in a relational way or through repeated actions.

Just like the computer RAM, the short-term memory is used for processing stored information, external stimuli or  thoughts consciously or intuitively.

You can improve your short-term memory skills by practicing and programming the long-term memory through repeated actions. And this is called making a habit.

For example, you practiced driving for a long time and now you can drive without paying too much attention, thus you have reduced the load into your RAM.

For example, you have programmed your long-term memory to drive a car efficiently through repeated actions, and now you can drive well without paying too much attention.

A similar phenomenon, called as  Paging is used in Operating System of a digital computer, Paging is used to enhance system performance and reduce the excessive load on short-term memory called as RAM.

Innovation, rational thinking, problem-solving, decision making, and handling many real-life situations require you to have good logical or reasoning skills.

Are you good at mathematics?

If yes, you have the great potential to utilize these skills. When you start asking questions to yourself, you may find difficulties in the beginning; but as you practice your brain will ask the exact question to yourself whenever the situation arises.

It refers to the processing speed and processing of visual or auditory information.

Processing speed refers to the speed to reflect or think.

For example, you can recall the most used search engine instantly. However, if I ask you, ” When the last time you went to a marriage party?” You may take time to recall.

Humans remember the written word, surrounding, or any kind of information that can be seen in the form of images. Auditory processing includes recognizing language, speech, and pitch of sounds.

When we think or recall, we visualize the information stored in our long-term memory in form of image or sound.

When you practice remembering and recalling in form of images or sound; you can improve your processing speed.

This is the ability to mobilize our muscles or body part according to situation or direction by our brain. Through constant practice, we can enhance the speed of our muscular mobility.

Through constant practice, Usain Bolt skilled the art the move his legs faster than anyone in the world. Sachin Tendulkar, called as the god of cricket, grasped the skill when and how to move the cricket bat effectively.

Among all cognitive capabilities, attention is the primary skills everyone should always try to improve.

Here is a simple definition of improving attention:

All other cognitive capabilities such as Logic & Reasoning, Mobility, and Processing Speed can be improved through constant attentive practice. Although Social Learning & Cognitive Behavioral learns plays vital role in perception.