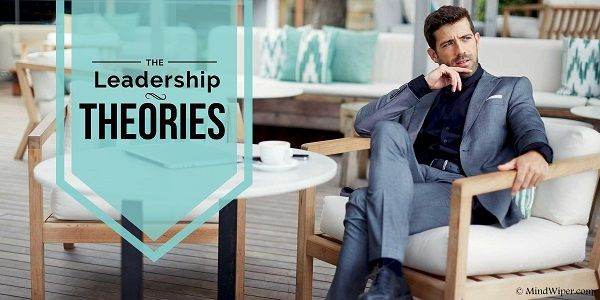 Leadership theories have been the sources of numerous studies for a long time, many philosophers, psychologists, researchers, and professors have already published various leadership theories based on their research and interpretation.

Primary leadership theories are based on a constant relationship between leader’s behavior and group performance, situational factors such as leader’s intelligence, job structure, traits, and level of leadership.

Early leadership theories suggest that leadership skills were simply abilities that people were born with, but the contemporary theories give more emphasis on experience, situational variables, intelligence and many factors a leader holds.

In this article, you can find a few popular leadership theories developed over a period of time.

James MacGregor Burns (1978) posited the relationship between transactional leaders and followers as a series of gratification exchange to maximize organizational efficiency and individual gains.

The theory values a positive and mutually beneficial relationship, but leaders promote compliance by followers through rewards and punishment. Leader-member exchange (LMX) theory is one of the transactional leadership theories.

This type of leadership is effective in the time of crisis and emergency, on the positive aspects of this leadership, followers are likely getting rewards (or punishment) based on their performance.

Within the context of Maslow’s hierarchy of needs, transactional leader focuses on the lower level of need for an organization, and they use the exchange model between a leader and its followers.

Since transactional leader works on the exchange model, they are the most efficient when they develop a mutual reinforcing environment between the leader and its follower to develop a synchronize process of execution.

In the style of transformational leadership, leaders work with subordinates to identify needed change, create a vision to guide the vision through inspiration and execute the change in tandem with committed members of groups.

According to H.R. Diaz Saenz (2001, p299), over the past 30 years, transformational leadership is the single most studied and debated idea within the field of leadership.

Transformation leader seems to become a role model for the followers through his charisma, integrity, and trust; and let the followers identify the sense of personal identity with collective identity of the project.

In other sense, transformation leader makes the follower believe that it’s their own project through inspiration, motivation, involvement, and trust; and the leader influences his followers through his personal power towards fulfilling a common goal.

Even though there is no scientific certainty, which characterizes great leaders; this theory was popular at that time until Herbert Spencer formulated a counter-argument in the 1860s that has remained influential throughout the 20th century to the present.

According to Thomas Carlyle, history can be largely explained by the impact of great men, highly influential individuals who, due to either their personal charisma, intelligence, wisdom, or political skill used their power in a way that had a decisive historical impact.

The counter-argument by Herbert Spencer said that great men are the products of their societies and their actions would be impossible without the social conditions built before their lifetime.

Herbert Spencer had provided the more realistic views of great man, as you can understand through the biography of Mahatma Gandhi, Nelson Mandela or King Martin Luther Jr. that they become great leaders because of the social conditions built before and throughout their lifetime.

Trait theory of leadership focuses on analyzing mental, physical and social characteristics of a leader which differ him from other people.

This theory believes that certain qualities of leaders are intrinsic and that will make them excel in leadership.
This theory often identifies behavioral characteristics that are common between successful and unsuccessful leaders.

Some of the key characteristics of trait theory are,

American psychologist Gordon Allport was one of the first physiologists to study personality psychology. He rejected the psychoanalytic approach to personality and suggested value scales the people endorse in their lives.
According to Allport, three levels of traits are,

These theories are focused on behaviors rather than mental, physical or social characteristics. Due to the advancement of psychometrics, factor analysis researchers are able to analyze causes and effect relationship according to specific human behavior from the leaders.

Behavioral theories are divided into two categories based on task and role the leader is concerned with, these are the managerial grid and role theory.

The managerial grid model is defined by Blake & Mouton in 1964, in this theory leaders may be concerned about the people and the leaders must have some concern for the task to be done.

This model originally identified five different leadership styles based on the concern for people and concern for production and breaks behavior into seven key elements, these are initiative, inquiry, advocacy, decision making, conflict resolution, resilience, and critique.

In the role theory of leadership, people often act as a role sender through a balance of decision people take by themselves and decisions people leave for the leader.

Each role is a set of rights, duties, expectations, norms, and behavior a person has to face and fulfill according to the role.

Depending upon the general perspective and theoretical tradition, there are many categories of the role such as in business as well as in society; these are

This model was first introduced as “Lifecycle theory of leadership” by Paul Hersey and Ken Blanchard during mid-1970s while working for Management for Organizational Behavior.

The fundamental principle of situational leadership is that there is no “best” style of leadership. Effective leadership styles vary according to the task, job function, group’s performance ability and willingness.

Hersey and Blanchard characterized leadership style in terms of task behavior and the relationship behavior that the leaders provide to their followers; these styles are directing, coaching, supporting and delegating.

Victor Vroom and Phillip Yetton developed the normative model of situational leadership in 1973; this model identifies five different leadership styles based on the situation and involvement.

Contingency leadership theory is based on the principle that there is no single way of leading and that every leadership style should be based on certain situation & circumstances.

This theory emphasizes that certain people perform maximum in certain situation and place and but they exhibit minimal performance when they don’t have that situation. Here are few contingency leadership theories

In this leadership style, leaders involve their subordinates or follower in the decision-making process and may be asked to give input in the organizational workflow.

There are two forms of participative leadership, Representative participation- groups of subordinates involve in the decision-making process; and Participatory Management is where subordinates may share input to a certain degree.

These are the few leadership theories you should know, are you a leader or planning to be the one? Start identifying which leadership style will suit you and don’t forget to improve your leadership skills.