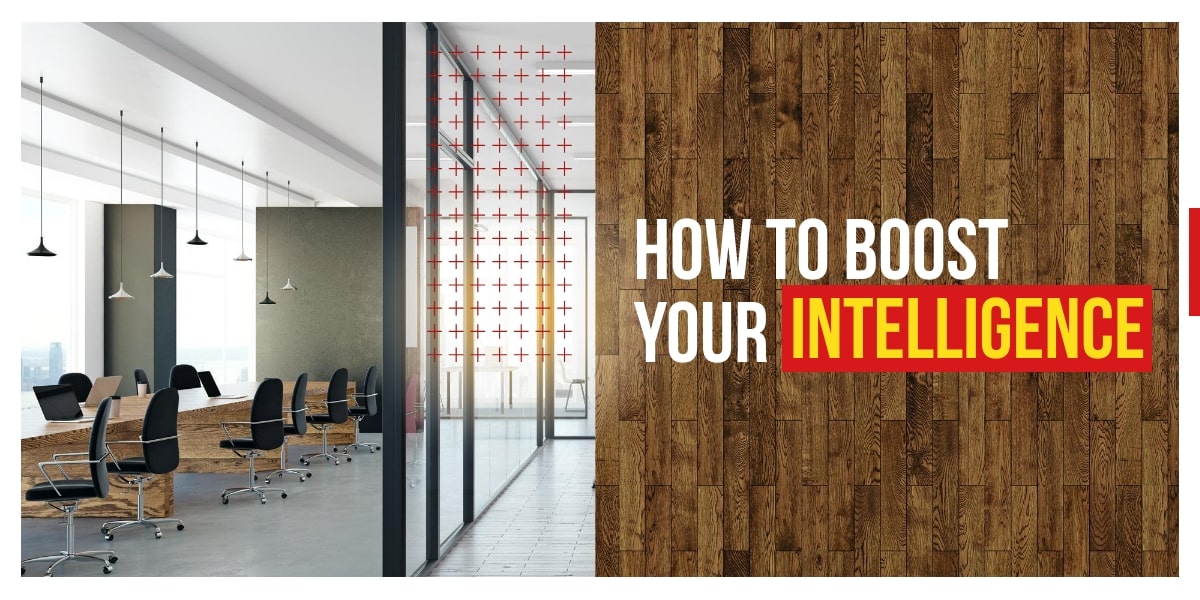 You are here because you are intelligent, you want to know how to boost your intelligence, and you are seeking more knowledge and wisdom in life.

Seeking is the first step to boost your intelligence. An ignorant one might always think that he knows everything, that overconfidence makes them fool.

➡ Chapter 2: How to Understand Your Mind

👉 Part 1: What is Consciousness?

👉 Part 2: What is the Subconscious Mind?

👉 Part 3: How to Control Your Mind

👉 Part 4: How to Stop Reacting and Start Responding

➡ Chapter 3: Why Do You Need to Be Attentive?

➡ Chapter 4: How to Improve Attention

➡ Chapter 6: What is Self-Awareness?

👉 Part 1: How To Stop Unwanted Thoughts

👉 Part 3: How to Deal With Anxiety & Depression

In this article, I shall discuss only the basic four steps to boost your intelligence. But, before beginning, let’s understand what intelligence is in brief.

But, who is the owner of the intelligence?

It is the identity we everybody carry along with intelligence.

The “master race” identity was the primary ideology of the Nazis; you know well how much havoc that identity created in this world.

Most of the people somehow identified oneself with some kind of thing, at least with a political identity called as a nation.

It is easier to go down from a hill, but it is hard to climb a hill.

I hope, you have understood how identity is important for your intelligence.

Now, it’s time to know the four steps to boost your intelligence, starting with revamping your identity.

4 Ways to Boost Your Intelligence

Here are the 4 ways to Boost your intelligence:

When you identify with the universe; every nation, religion or identity becomes part of it. Identifying with the universe is basically about self-awareness, we all are living because of the natural conditions we have, the Sun is giving us light & energy, the trees are giving oxygen, and the big or small creatures are giving us food directly or indirectly.

Know The Thought Behind Every Action

Your thoughts are byproducts of the memories you have gathered in the journey of life. Certain permutations and combinations of memories become thoughts and we experience those as wanted or unwanted thoughts.

Basically, thoughts and actions are in a loop; whatever we do is a byproduct of our thoughts, and the action also becomes thoughts as it got memorized in the subconscious mind.

Knowing the thought behind each action means you have to be conscious of what you think and what you do, otherwise unwanted thoughts are always ready to hijack your intelligence by passing the gateway of consciousness.

Asking Questions To Yourself

Deductive thinking or hypothetical thinking is basically a product of asking questions to oneself. You are doing it knowingly or unknowingly.

Suppose, you are planning to spend your next vacation in South Africa, you might intuitively ask yourself:

People who have reached the formal operational stage of cognitive development always ask questions to himself and becomes an effective decision-maker, planner or a problem-solver.

You are asking questions to yourself knowingly or unknowingly. But, when you make the subconscious conscious, you not only boost your intelligence but, you also have clarity in thoughts.

Attention is the primary cognitive skills for your intelligence. To do something great, you need to focus your all energies on that particular task. When attention wanders away from the task, bring it back to the task again, that’s how you can improve your attention skill through repetition.

If you are not attentive enough to solve a problem, can you solve it properly? You can’t be an effective decision maker if your mind fluctuates from here and there.

It is said that “Rome was not built in a day.” The surrounding is full of distraction, starting from your smartphone and ending with your social media account; all are fueling you to practice distraction.

You know that you become good at what you practice. If you are practicing distraction knowingly or unknowingly; you gradually start to live a distracted life. So, you must have to be attentive to boost your intelligence.

Must Read: How to Be Conscious Intelligent?