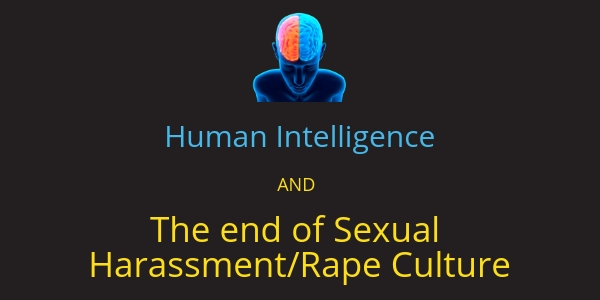 Once upon a time, humans roamed naked on this planet. Nobody cared what reproductive organ he or she was carrying along with the body.

Few tribes in Amazon are still roaming naked around their locality. Even, all the adorable animals don’t wear clothes.

Someone might think, I am advocating the naked culture.

I am here to let you remind, probably someone may realize, the basic nature of two genders among all sexually reproductive living creatures.

“Nature has created two genders in among all sexually reproductive living creatures only for the purpose reproduction.”

All animals know this very well. But, humans forget because of the social learning behavior all around the planet.

For most of the humans, these reproductive organs matter more than the brain.

What reproductive organ you carry matters only in the bedroom or in the bathroom.

Is there anywhere to matter?

But, most of the people have identified himself /herself with these organs all the time. So they always might think:

First of all, we all are humans, man or woman is just for reproduction. It has nothing to do with human intellect.

Being a man or a woman is an identification of reproductive organs.

It is just identification with body parts.

If someone really likes to identify with the body part all time, why can’t we choose the brain?

For dogs, what reproductive organ the male or female dog carries, matter to them only in a particular season, probably in August or in September.

But, nature has trusted human beings and provided humans with a special power, called intelligence. Humans are intelligent than all living creature of this planet because humans can think & do consciously.

But, we have made a society where people have been asked to be intelligent, but never trained to become intelligent, rather, the education system almost trained everyone to remember facts and figure only, where only one cognitive skill, the memory skills have been trained in most of the cases.

Most of the people of this planet have failed to reach the formal operational stage of cognitive development, where deductive thinking, hypothetical thinking, and metacognition are developed.

Forget about the formal operation stage, are the people have been trained to be attentive?

As I mentioned, energy flows where attention goes. Albert Einstein dedicated most of his attention to Physics, and he became a well-known physicist.

What will happen when someone dedicates most of his/her attention to sexuality or sexual organs?

Some humans of the planet become more sexually active due to the uncontrolled attention; some of them became the culprit of sexual harassment all around this planet.

So, the question is, is there any way to stop this culture of sexual harassment or rape?

Here, I am providing brief overview of four steps to stop all these savageries.

Originally, these steps are designed specifically to unfold human intelligence. Why?

If we react to all these nonsense, we may never find a solution. As a human, we need to respond consciously to the problems.

From my understanding, unfolding human intelligence is the key to solve not only these cruelties, but this may also unfold other dimensions of intellectual development.

In these steps, you will find a brief overview of how to unfold the human intelligence.

So, what are the four steps?

Directing the attention consciously means directing the energy; the energy may of learning, working, thinking or whatever someone may like to achieve.

“This is a stage where the formal operational stage of cognitive development is developed, where analytical skills, problem-solving skills, hypothetical thinking etc. are strong enough to make this living”

Being only intelligent is not the final solution. Why?

Suppose someone says, Mr. X is an intelligent mathematician of the country Y. He is considered to be intelligent for his dynamic skills in mathematics. But, what will happen when he indulges himself in sexual harassment at the workplace?

In a report of The Indian Express, it is mentioned that tech giant Google has also fired some of the intelligent employees for the alleged cases of sexual harassment.

Also, we see a lot of pseudo-intelligent nowadays, they do not have enough attention to analyzing a complete scenario, and become judgmental too often.

“What we call self is a combination of the non-physical mind and the physical body.”

All the physical activities or the motor skills are the reflections of the activities going on & around the non-physical mind. For example, when you say “Hello”, your mind has directed your tongue and lips to move and produce the sound “Hello”.

The physical body is not just your body; it is the nature we live. Your body is living on this planet because of the natural conditions we have. Suppose, someone is sent to Mars without necessary tools, is the body will live there?

“This is a stage where a person is self-realized enough to train his mind to run all the intelligence skills consciously on autopilot.”

Well, reaching this stage is not as easy as someone might think. This stage needs enormous attention, dedication, curiosity towards learning, observation of the self and personal motivation for a long period of time.

It is not possible to train all the adults to reach stage four, but we can together train a new generation.

We need laws of the land to work properly and efficiently to handle the outdated generation, but we can train a new generation to become intelligent enough and realize that,

“Nature has created the sexual organs for the only for the purpose of reproduction, and let it be as it was.”

As I mentioned already, all animals know well, but only human forget due to uncontrolled attention & thinking towards the sexual organs. And finally, humans let the energy flow in that direction of attention.

When we train a generation to reach the stage four, i.e. training them to become conscious intelligent, we don’t need to teach them morality, they will realize that this is not a lesson of morality, this is a lesson of reality. And the sexual harassment will end consequently.